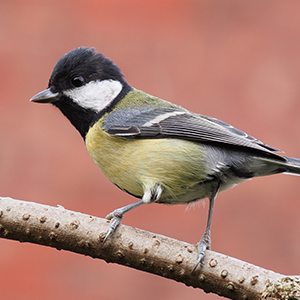 A common occurrence in urban and suburban areas alike, many species of birds are enjoyed by spectators going about their daily routine. Birds can add a lot of enjoyment to the outdoor experience, but sometimes they cause trouble. Birds like gulls, pigeons, and woodpeckers have reputations for being a nuisance, due to their behavior patterns. If birds are getting a little too comfortable on your property and causing a ruckus in an otherwise peaceful outdoor experience, call Wildlife X Team® at (817) 431-3007 to learn more about Wildlife X Team®'s bird population and how to address each issue properly.

Birds like seagulls are known for swooping down into dumpsters and eating leftover food, and even sometimes stealing food from people as they are eating it. Some other common complaints regarding birds involve:

Are Birds Really a Nuisance or Danger?

Birds are an important part of the natural environment, but when they are too close for comfort, please do not approach them. Different bird types can be carriers of fatal diseases. There are some things untrained homeowners can do to discourage birds from coming near, but birds are best left alone until the professionals are involved who know how to properly handle them. Call Wildlife X Team® at (817) 431-3007 today and get rid of birds!

Birds generally considered “nuisance birds” include pigeons, house sparrows, starlings, and many other birds. The presence of nuisance birds in unwanted areas can cause damage to your home or business, and their droppings may create unpleasant odors & sight. Bird droppings can also ruin vegetation, painted surfaces, ledges, gutters, and awnings, and cause electrical equipment to malfunction. Birds may carry diseases which are capable of infecting humans. Nuisance birds can damage rigid foam insulation, and their nests can become fire hazards. The first step in your nuisance bird control program should be identification of the bird. The Migratory Bird Treaty and Endangered Species Acts prohibit trapping or killing of most nuisance birds, eggs or nests without a permit. House sparrows, starlings, and pigeons are not protected under these Acts. Nuisance birds gain entry through construction gaps, chimneys, eaves, exhaust vents, and roof vents.

Birds are tough creatures, they can endure a lot of hardship and have some surprising abilities:

Some Diseases Directly Transmitted by Birds

Offering
Affiliations:
About
Wildlife X Team is rapidly becoming the leader in the nuisance wildlife control industry. We lead the way in the development of technology, education, products and services in Wildlife Management.
Read More About Us
100% Financing
SuperMoney offers 100% financing up to $100,000 and 30 second approvals. You'll fill out one easy form and get competing pre-approved loan offers back in real time.
Apply Now
Wildlife X Team offers an exclusive Wildlife Inspection Report® which includes commonly overlooked areas where wildlife can enter and infest your home.
Project: Repair Exterior Trim

Friendly and courteous, did a great job on repairing/replacing/painting some trim on the outside of my house. Finished quickly and I will not hesitate to call them again for help with my home.