These are the Largest Insects on Earth

Insects can be some of the most terrifying creatures on Earth. In fact, little kids report that they are more terrified of spiders than they are of being kidnapped!

The age of giant insects before humans has long passed, though there are still some large insects today.

Whether you are fascinated by insects or terrified of them, you are certain to learn something new today. These are the largest insects on planet Earth.

Our video version might shock you. Proceed with caution by watching it HERE.

The largest of the ants, and the heaviest species of the family, are the females of Dorylus helvolus, reaching a length of 5 cm (2.0 in). The ant that averages the largest for the mean size of the whole colony is Dinoponera gigantea, averaging up to 3.3 cm (11⁄4 in). Another ant that is native to Australia, Myrmecia brevinoda, workers are reported to be 3.7 cm (1.5 in) on average and queens are more than 4 cm (1.6 in) in length.

The largest species of this diverse, huge order are the giant water bugs Lethocerus grandis and L. maximus. These can surpass a length of 12 cm (4.7 in), although they are more slender and less heavy than most other insects of this size (principally the huge beetles).

The largest mayflies are members of the genus Proboscidoplocia from Madagascar. These insects can reach a length of 5 cm (2.0 in).

They appear rather fascinating:

The largest species of this huge order is Gauromydas heros, which can reach a length of 6 cm (2

1⁄4 in) and a wingspan of 10 cm (3.9 in).The largest species of crane fly (which are much thinner than Gauromydas) is Holorusia brobdignagius. It can attain about the same head-and-body length and wingspan, but if the legs are extended in front of and behind the body, then an overall length of 23 cm (9.1 in) makes it the longest true fly.

And no, not literally earwigs

The largest of the earwigs is the Saint Helena earwig (Labidura herculeana), which is up to 8.4 cm (3.3 in) in length. There are no recent records of this species and it is generally considered extinct. The largest certainly living species is the Australian giant earwig (Titanolabis colossea), which is about 5 cm (2.0 in) long.

They often appear as if they are “holding onto armor,” as evidenced in this photograph by Tom Bullock: 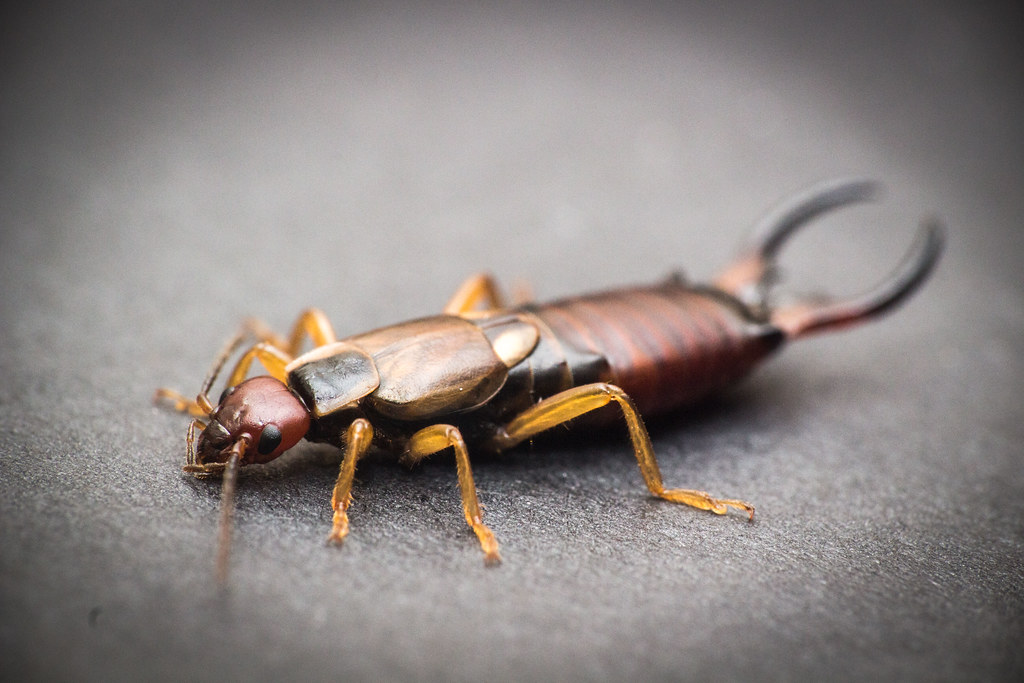 The beetles are the largest order of organisms on earth, with about 350,000 species so far identified. The most massive species belong to the genera Goliathus, Megasoma, Chalcosoma and Titanus. The longest species is the Hercules beetle, Dynastes hercules, with a maximum overall length of at least 16.7 cm (6.6 in) including the very long pronotal horn.

The largest cockroach in length and wingspan is the South and Central American Megaloblatta, at up 9.7 cm (3.8 in) and 18.5–20 cm (7.3–7.9 in) respectively.Another contender for longest is Blaberus giganteus, which is found in the same general region and may reach a length of up to 9 or 10 cm (3.5 or 3.9 in), depending on the source. The heaviest is the Australian giant burrowing cockroach (Macropanesthia rhinoceros), which can attain a length of 8.4 cm (3.3 in) and a weight of 33.5 g (1.18 oz). 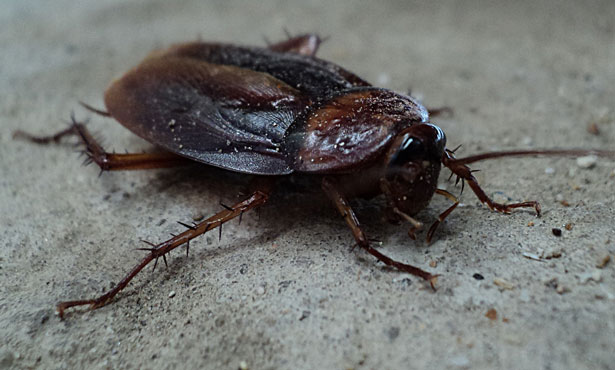 Large or small, you shouldn't ever have to personally deal with an insect problem. Some insects are even deadly, such as many types of stinging insects (more commonly known as wasps or bullet ants which have stinging capacity).

If you have an insect problem, then be sure to call us at 855-WILDLIFE or visit www.wildlifexteam.com immediately and we’ll be sure to help you out as soon as we can.

Offering
As Featured on These Networks & Affiliates
Affiliations:
About
Wildlife X Team is rapidly becoming the leader in the nuisance wildlife control industry. We lead the way in the development of technology, education, products and services in Wildlife Management.
Read More About Us
100% Financing
SuperMoney offers 100% financing up to $100,000 and 30 second approvals. You'll fill out one easy form and get competing pre-approved loan offers back in real time.
Apply Now
Wildlife X Team offers an exclusive Wildlife Inspection Report® which includes commonly overlooked areas where wildlife can enter and infest your home.
Project: Control or Eliminate Rodents

Sean was great to work with. Sean came over on a Friday night at 9:30 and took care of a small issue I had. Very professional company and compared to other companies I checked with, very reasonable. The service was completed very quickly and efficiently. I would highly recommend.