What if we told you a pest existed capable of destroying American infrastructure, wildlife, roadways, and even collapsing homes?

In fact, a creature so dangerous to United States natural wildlife that some government agencies have literally encouraged people to hunt and kill this pest?

Believe it or not, this pest exists, and it’s called “The Gnasher” Nutria, or Myocaster Coypus.

Our video version of this post is amazing, which you can watch by clicking HERE now.

Who is this Pest?

Nutria weren’t originally from the North American continent- they were brought to the United States by farmers from South America trying to make a profit by selling their fur.

Realizing that they couldn’t make a profit off of these creatures, they were released into the wild which is when the rampage began. Some farmers attempted to hold onto their nutria, but the clever creatures found a way to escape. 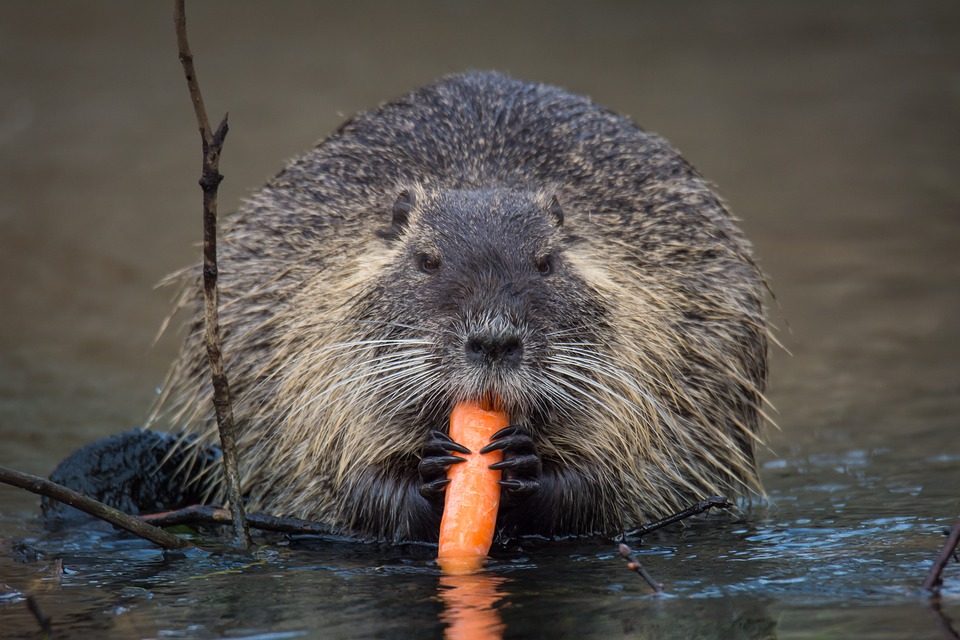 Nutria aren’t originally from North America and thus were able to rapidly expand into our wildlife.

They were unchecked and had unfair advantages against the other wild creatures. They began to grow very quickly, causing a huge host of problems for the native wildlife and vegetation which we will talk about in a minute.

These creatures can expand fast. One breeding pair (that is, one male and one female) can produce up to 15,000 individual nutria after a period of 3 years.

Yes, you read that right- these creatures reproduce quickly and with little competition in North America (and other areas they’ve infested) they can grow fast, quickly damaging the ecosystems in the United States.

Effects of Nutria in the United States

These nutria creatures cause a huge host of problems to America. They’re quite damaging, and a serious issue that is currently being dealt with by various government agencies in different states.

Nutria are known for feeding heavily on plant roots, which changes soil structure and transforms wetlands into open water habitat. Loss of marsh habitat impacts native species negatively, preventing them from creating a balance in the ecosystem.

Nutria damage our agricultural crops such as rice, sugarcane, alfalfa, and corn- and more, but these are the main ones. 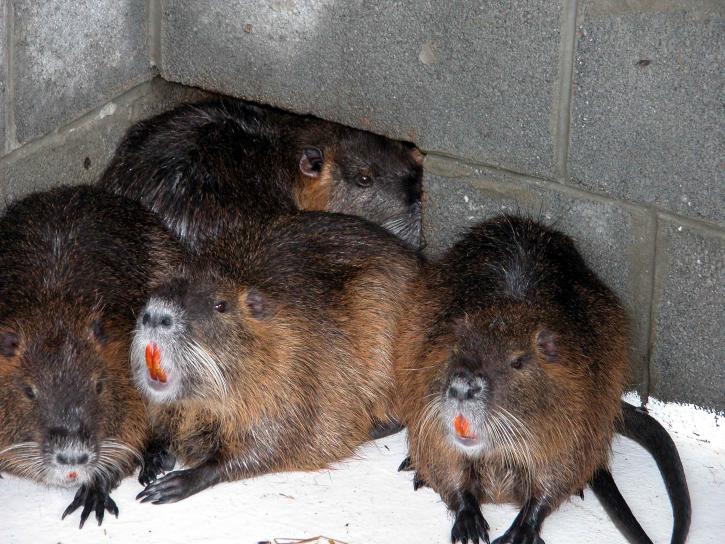 They deplete native plants which leads to colonization of non-native invasive plants such as reed canarygrass which provides little to no value to native species.

This sets off a chain effect which severely damages the ecosystem, preventing natural wildlife from getting the food they need, and ultimately reducing diversity and leading to endangerment of certain creatures.

Furthermore these awful rodents serves as a host for some nasty pathogens including tuberculosis and septicemia which can be transmitted to people, pets, and livestock.

Parasites they carry include tapeworm, liver flukes, and nematodes, which can be found in nutria feces and urine. These parasites often contaminate swimming areas and drinking water supplies.

One common problem associated with nutria is the “nutria itch,” yet another disease spread to use humans.

To make matters worse nutria love to dig long tunnels. One of the longest tunnels recorded was 150 feet or 45 meters long!

This damages rivers, man-made objects, and infrastructure, literally causing parts of the ground to collapse when the soil is no longer capable of supporting the tunnels. This can cause structural damage to our roads and houses.

A lot is spent trying to reverse and prevent damage caused by these pests, but they’re sneaky and able to reproduce too quickly!

Nutria haven’t just attacked North America- they’ve also been identified as a problem in Africa, Europe, and Asia as well.

In an extreme effort to encourage the termination of this species, Louisiana’s Department of Wildlife and FIsheries is trying to encourage people to hunt and eat them. They are literally coming up with nutria recipes in a hope that the problem can be mitigated.

In other states such as Washington and Oregon, nutria are classified as a prohibited species. In Washington it is prohibited to transport nutria without a permit. You are also allowed to trap these animals year round with no limits.

If you own land, property, or are a farmer it is very important you educate yourself about the effects of nutria, what they look like, their behaviors, etc.

If you think that you have any wildlife/pest related problems, please contact us immediately at 855-WILDLIFE or www.wildlifexteam.com and we’ll be sure to get a specialist on the case ASAP.

As we continue to globalize, it’s becoming increasingly important for us as a species to develop wisely and prevent infestation as the effects can be catastrophic.

Nutria are not the only case of a non-native species being transported to another continent and then causing chaos in the new continent.

Some ant species also taken from South America to North America + Europe have repeated this problem also. This is not an isolated case- we must not let history keep repeating itself.

In the meantime, please contact us if you have any wildlife or pest-related problem. We will be happy to talk with you and help you out!

Thanks and have a great day!

Offering
As Featured on These Networks & Affiliates
Affiliations:
About
Wildlife X Team is rapidly becoming the leader in the nuisance wildlife control industry. We lead the way in the development of technology, education, products and services in Wildlife Management.
Read More About Us
100% Financing
SuperMoney offers 100% financing up to $100,000 and 30 second approvals. You'll fill out one easy form and get competing pre-approved loan offers back in real time.
Apply Now
Wildlife X Team offers an exclusive Wildlife Inspection Report® which includes commonly overlooked areas where wildlife can enter and infest your home.
Project: Repair or Partially Replace Wood or Fiber-Cement Siding

Did a very good job. Very professional and pleased with the work they did.