7 Strange Creatures You Never Heard Of

In our world there are a lot of funny & strange looking creatures- to the other animals, we might be one of them!

Some stand out as especially fascinating and unusual, especially when compared to the general trend of wild animals.

These 7 animals make our record for some of the most fascinating creatures you’ve probably never heard of!

If you want to see these creatures via video (recommended), press HERE to watch it!

This fascinating creature can be found in central Argentina. They are pink & white, and quite slow with a max speed of about 2MPH.

Where do they get their pink color from? Their blood vessels underneath the shell mix together to create that pink tint to their shell!

Their armored shell contains 24 bands that allow the pink fairy armadillo to curl up into a ball to protect its vulnerable soft underbelly in the event of an attack.

Aye-ayes spend most of their lives high in the trees, especially the canopy. They sleep, travel, and mate in treetops, though occasionally they do come down. The ground is simply not their preferred method of living!

The aye-aye has a bad reputation where its from: some native Madagascar people consider the aye-aye to be an omen of bad luck or a harbinger of evil, and will kill these strange-looking creatures on sight.

Another aye-aye superstition is that if it points its narrow middle finger at someone, they are marked for death to come soon.

The hunting + habitat destruction has made the aye-aye critically endangered, and we may not have much more except in zoos!

Another funny name, but a true one. You can find these octopuses from 9,800 to 23,000 feet deep in the Ocean. It gets quite cold down there, and scientists aren’t sure how they survive!

They come in different colors- some white, some red, some brown, and some pink. Like most octopuses, they can also change their outside color via a “flush” trick they have to make it appear different. They do this often to camouflage themselves against the ocean floor.

Many do not survive- to compensate for this, dumbo octopuses have a high reproductive rate. In fact, scientists believe that they do not have breeding seasons. Instead the female can store her eggs and lay them at any time of the year!

Despite their names, naked mole rats are neither moles or rats- and they aren’t completely hairless too! They are more closely related to porcupines and guinea pigs.

They live in the horn of Africa and are native to Somalia, Ethiopia, and Kenya.

Soldier mole rates defend the colony from predators and foreign mole rats, which they identify as foreign by their odor. The most common predator is the snake- an unsuspecting mole rat can get snatched up by one of the many deadly snakes in the area! 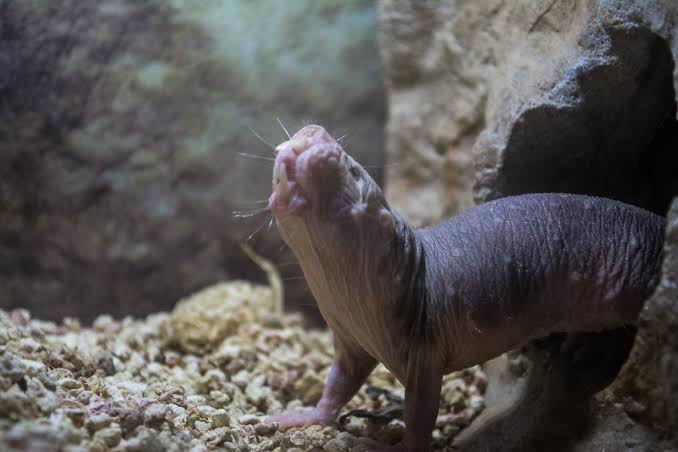 One fascinating thing about this species is that the Queen isn’t born a Queen- she’s a female who has fought her way to the top, earning the right to her Kingdom.

These large animals can reach a length of 11 feet and a weight of up to 2,000 pounds!

They have a flat tail and flippers like a whale, but they’re actually more closely related to an elephant, strangely enough. 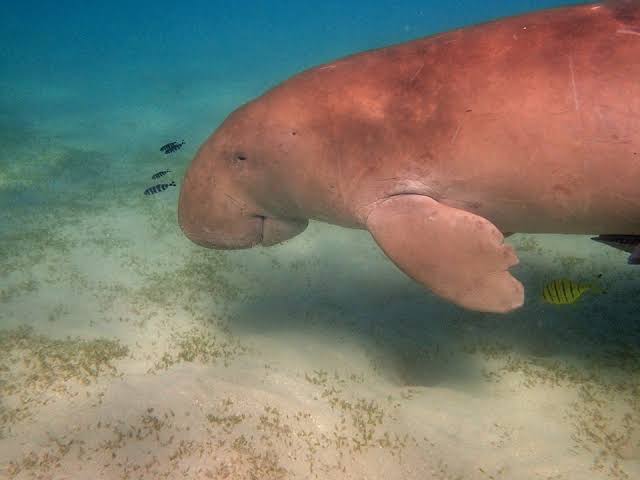 It is believed that dugong evolved 50 to 60 million years ago, when an elephant-like creature entered the water.

They also must return to the surface of the Ocean to collect oxygen quite often, as they can’t naturally filter oxygen inside of the ocean.

These terrifying creatures are known as vampires of the sea- and for good reason.

The lamprey has a powerful suction cup filled with teeth that latch onto a prey and suck onto it, bleeding the prey of its blood and nutrients. 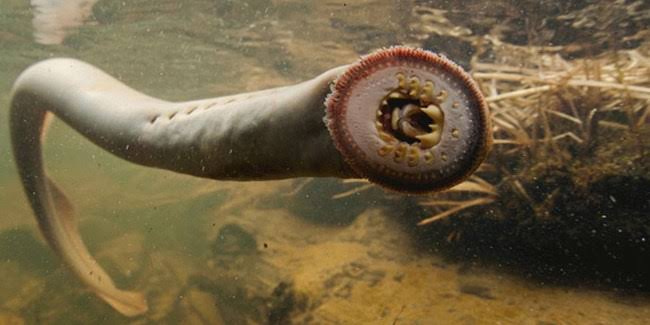 Lamprey are capable of regeneration like vampires also! Within weeks or months lamprey can regenerate a part of themselves that was cut off.

In the event that its spinal cord is damaged and it becomes paralyzed, it will be mobile again within 2-3 months as if it was never damaged!

Hopefully scientists can learn from these fascinating creatures and help us get these epic regenerating abilities!

This mole has a star-shaped nose with 22 “appendages” that sniff around and look for food- and then suck the food when it is located. 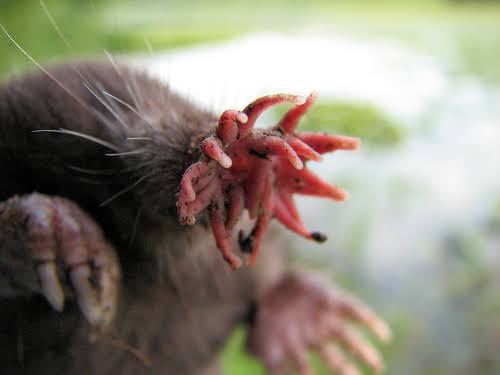 These creatures are actually blind, and use their noses to find their way around! They’re super fast in their eating ability, completely capable of sniffing out an insect and then eating it all within ¼ of a second.

To survive the Winter the star-nosed mole swells up with fat and becomes 4x its normal size!

These are just 7 of the top weirdest & strange wild creatures that you probably haven’t heard of- do you have anything to add to the list? Let us know!

Whether it’s a common animal or one of the strange animals or pests here, you should never have to deal with a pest or wildlife problem inside of your home or property area.

Wild creatures can cause damage and health problems if left unattended.

If you think you have a wildlife or pest-related problems, please contact us immediately at 855-WILDLIFE or visit www.wildlifexteam.com for more information and we’ll be sure to help you out.

Thanks for reading & have a great day!
-Wildlife x Team International

Honest. Ready to work and will go around my schedule. Thank you.