Life out in nature is difficult for animals.

Animals must hunt or search for food while escaping predators, find shelter from changing climates, beat competition for mates & resources, and fight for survival every day.

All of these facts has caused animals to evolve some fascinating, bizarre adaptations in order to not just survive but thrive and gain unnatural advantages over other creatures in the wild.

Our video version of this post has some shocking footage. We recommend watching that by clicking HERE.

Here are 7 fascinating & unusual adaptations some animals have evolved with in order to survive in nature.

Up to 60 percent of the Alaskan Wood Frog’s body can freeze completely! In the Winter they must do this in order to survive the brutal Winters.

The frogs’ hearts also stop beating, and they stop breathing as well! This adaptation- the ability to freeze themselves- allows them to withstand Winter temperatures as low as -80F.

In order to survive these extremely cold temperatures the frogs must build up high concentrations of glucose (10x more than usual) in their organs & tissues. This then protects their organs from dying.

Kangaroo Rats can survive in the desert without actually drinking water- instead they get all the water they need via moisture from seeds they eat.

These ultra-tiny critters also have extremely powerful jumping abilities; they can jump up to nine feet high when faced against a predator! This quick & high jumping ability allows them to quickly escape snakes that might want to eat them. 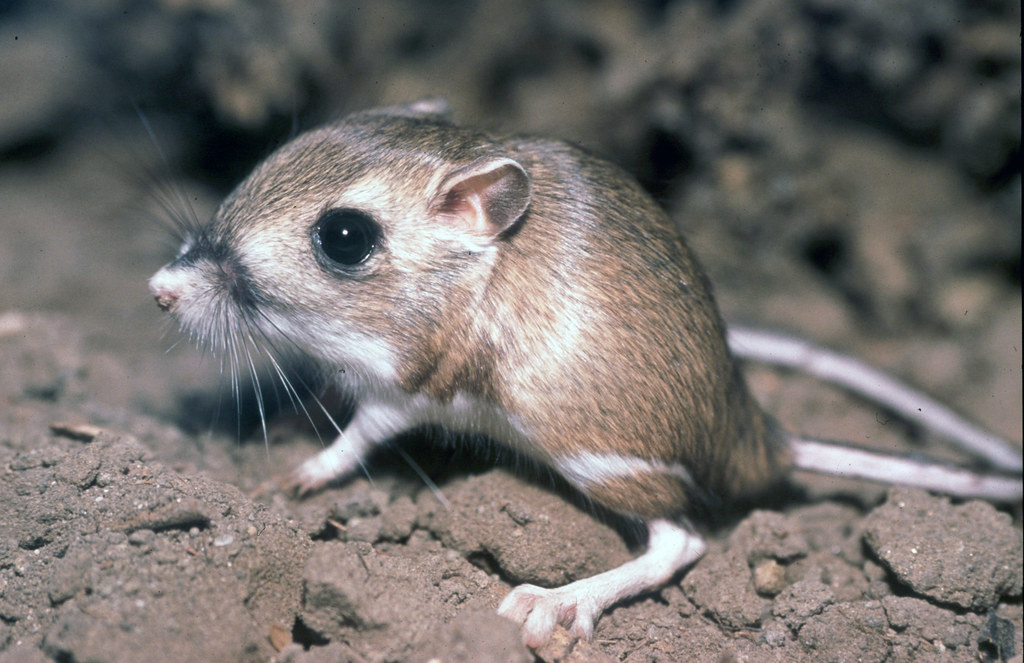 #3: Antifreeze in the Blood

The proteins bind to ice crystals inside of the blood, which prevents the fish from freezing entirely.

The African Bullfrog lives in the Savanna of Africa, where it’s quite hot & dry. There are often long periods of time (in some cases, years) where water becomes extremely scarce, making it extra hard to survive.

When the frog is not in water, mucus on its skin helps it breathe by dissolving oxygen from the air. Without this mucus layer, the frog may struggle to survive.

In order to prevent itself from drying out in the brutally-hot African climate, the African Bullfrog buries itself 6-8 inches underground. It then creates a mucus membrane which hardens into a cocoon after some time.

The frog can survive for up to 7 years within its cocoon while it waits for rain to come! When the rain finally does come, it signals to the frog to come out and mate, as the frogs mate & thrive during rainy seasons.

What if you had the ability to change the color & texture of your skin in order to blend into new environments?

Cuttlefish can do exactly that. They can detect how much light is being absorbed in the environment, and then mimic that with their own pigments. 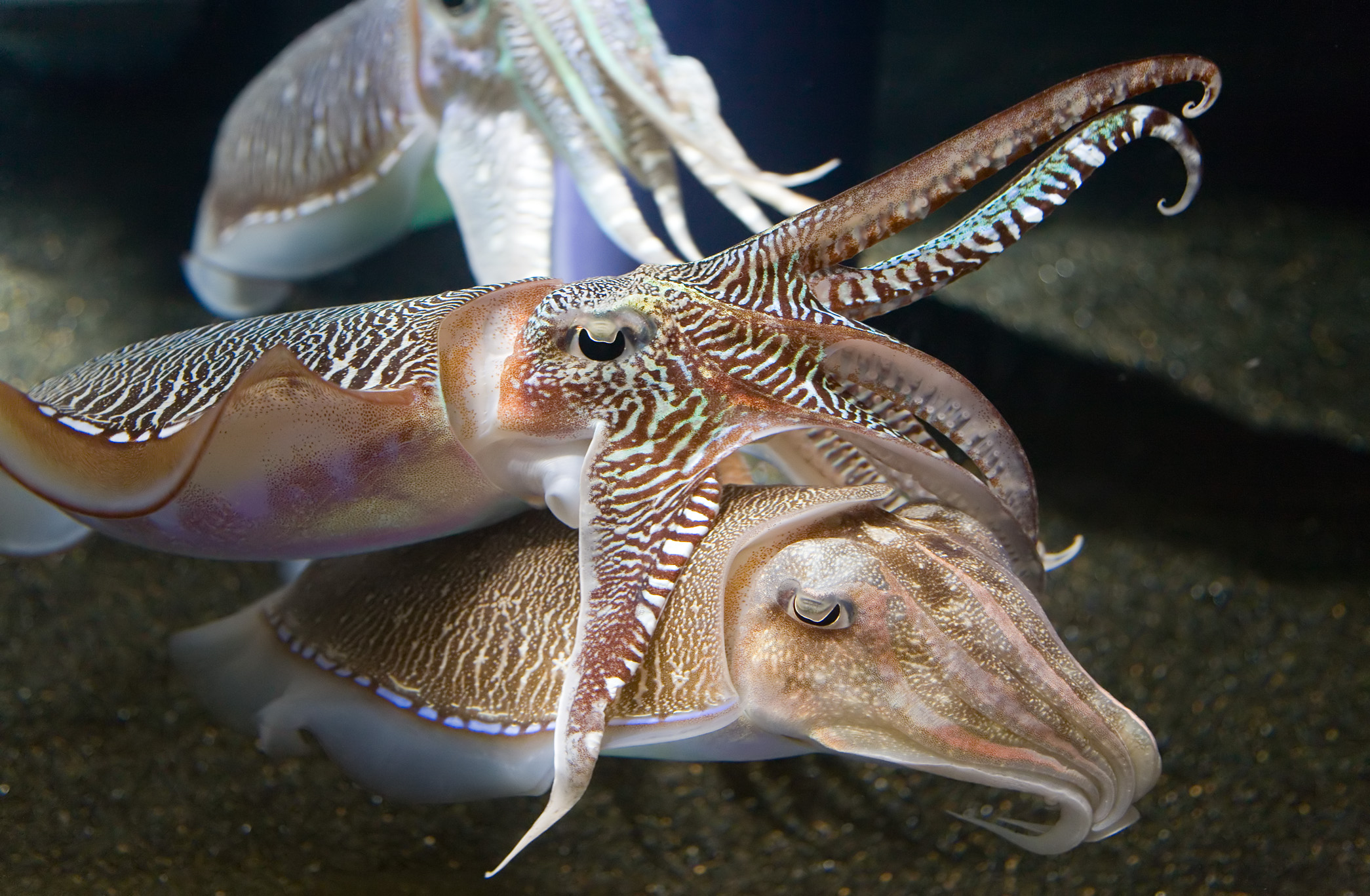 They have three skin layers- yellow, red, and brown- which can be stretched in different ways to create different colors. They also have another fascinating ability which is to change the appearance of their texture, so they can make it look like they are actually coral.

This ability allows the cuttlefish to change colors to escape predators, but also sneak up on unsuspecting prey!

Scientists long thought that no life could possibly exist deep in the Ocean at hydrothermal vents- they were proven wrong.

In 1977 giant Tubeworms were discovered living along the Galapagos Rift, which is 8,000 feet beneath the surface of the Ocean!

Giant Tube Worms living at this depth experience complete darkness. Their environment is also filled with toxic gas and water.

These creatures also have no stomach, eyes, or gut. Instead they are more like “bags of bacteria,” which heart-like structures and reproductive organs.

What would be toxic to most life on Earth allows Tubeworms to thrive. The bacteria inside the worms use toxic Hydrogen Sulfide as an energy source to turn into carbohydrates!

The discovery of such creatures- and other wildlife discovered living in brutal environments- have prompted newfound interest in exploring our Solar System. It is possible that Jupiter’s moon Europa has an underwater Ocean similar to Hydrothermal vents in the depths of Earth’s oceans.

We created a fascinating video on that right HERE. 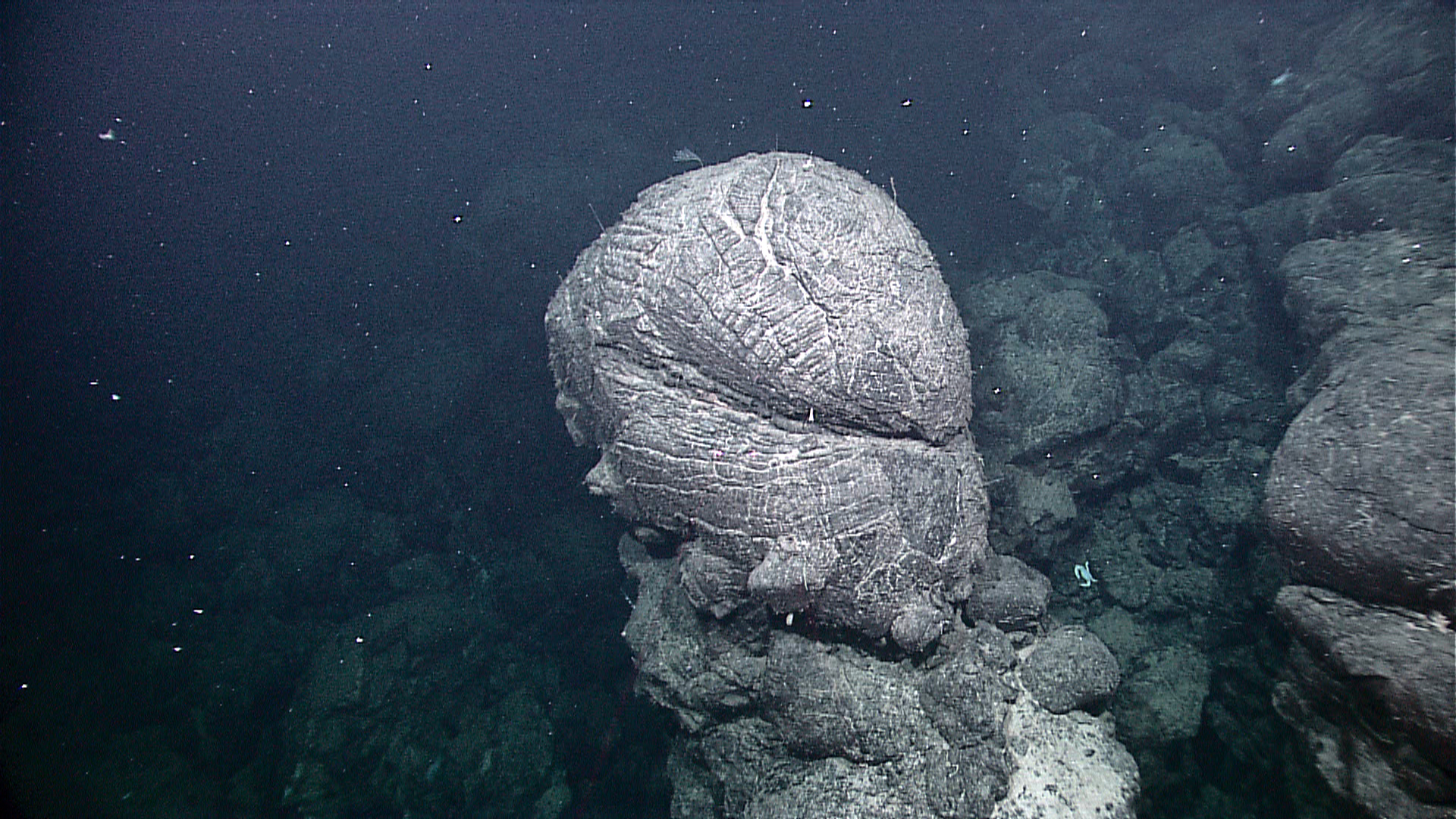 These strange creatures look like a combination of a Zebra & Giraffe. They live in the Democratic Republic of Congo, where it’s always hot and filled with carnivorous predators.

They have three fascinating adaptations in order to thrive:

First, they have scent-glands on their feet to more easily mark their territory. Second, they have infrasonic cells, which allows them to communicate with calves without predators hearing their call. Finally they have long 14-18 inch tongues which they use to wash their face & eyes!

Out in Nature we can observe several fascinating adaptations that animals have in order to not just survive but thrive in their difficult environments.

The increase in human urbanization has led to several unique adaptations by wild creatures.

Creatures that can reproduce quickly (ie. insects) are adapting quicker to urban environments than other creatures. For example, one type of mosquito species has completely evolved to London’s underground metro system, and can more easily survive there than above ground now!

What this means for you is that wild animals & pests may be trying to infest your home- and get better at doing so as the years go on. We specialize in safe & responsible removal of wildlife & pests in people’s homes, and also make sure the damage is restored. Finally, we make sure to set up preventative measures so that the issue doesn’t happen again!

If you think you have a wildlife or pest problem, or would like us to consult with you, please call us at 855-WILDLIFE or visit www.wildlifexteam.com for more information.

Thanks & have a great day!

Offering
As Featured on These Networks & Affiliates
Affiliations:
About
Wildlife X Team is rapidly becoming the leader in the nuisance wildlife control industry. We lead the way in the development of technology, education, products and services in Wildlife Management.
Read More About Us
100% Financing
SuperMoney offers 100% financing up to $100,000 and 30 second approvals. You'll fill out one easy form and get competing pre-approved loan offers back in real time.
Apply Now
Wildlife X Team offers an exclusive Wildlife Inspection Report® which includes commonly overlooked areas where wildlife can enter and infest your home.
Project: Control or Eliminate Small Animals

Wildlife contacted me and came right out to help again and I am very pleased with their response. Their work is excellent quality and they will come back tomorrow to check out what they have done.